Auto Exec Trades Up for a Ranch 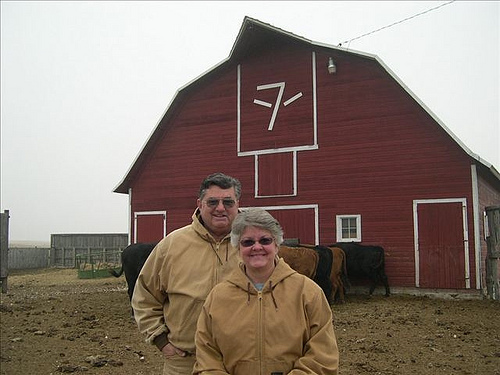 Some people have “Heaven on Earth!”

How many times have you heard that said?  Ever wonder who or where they were talking about?  If you were in Wyoming, it might have been Gary and Karen Ricley and their ranch along Slater Flats.

When Gary was offered an early retirement from his executive job in the auto industry in 1998, he was just 52 years old, so the Denver resident and his wife looked for a new adventure.  They learned about a short section of land for sale in southern Platte County, an area known as Slater Flats.  That was all they needed to hear.

They bought 614 acres from a rancher who grew wheat and oats and grazed cattle on 5,000 acres, something the Ricleys wanted to emulate.  They acquired the Flying 7 brand for their livestock and named their piece of Wyoming the Flying 7 Ranch. 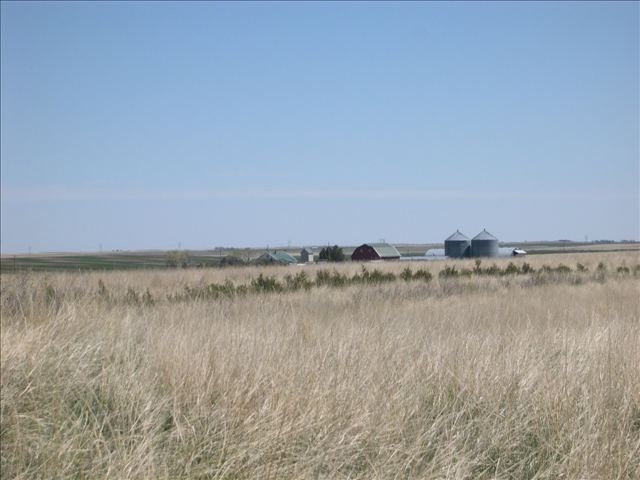 Concerned that the number of cattle Gary wanted to raise didn’t need that much ground, the rancher offered Gary a solution.  He suggested the novices establish a large portion of their land for conservation purposes and restore it to prairie grasses, trees and natural habitat for wildlife.  He told the Ricleys that was what he planned to do with the land if he kept it.

The idea made sense to a committed hunter and outdoorsman like Gary Ricley, although neither he nor Karen had any experience setting up conservation practices.

Watson told the Ricleys that the land was not suitable for no-till preparation, so they would have to plow, pack and plant if they were going to use the land for any purpose.  The beginning farmers had already purchased a tractor for mowing, which Watson told them had more than enough horsepower.

“We found other equipment and took off and started plowing,” Gary said.  They plowed, harrowed and planted their first seed in 2000.

Now in their 60s, Gary and Karen Ricley are full-fledged ranchers raising cattle and taking care of 520 acres in the Conservation Reserve Program (CRP).

“Once we got the tractor and plow and harrow, now we were in it,” Karen said.  They learned in the process that it’s not as simple as letting the land sit idle, something many assume is the case with CRP.  Gary and Karen recalled vividly planting 2,100 trees and laying a watering drip system.

“Wife and I signed up for drip system (training) to save a few bucks.  My wife informed me that if I ever signed her up for something like that again, it would be with divorce papers.”

A divorce would have been cheaper, Karen teasingly said as she giggled.  And it might have been easier, too.  They laid a system apparatus every four feet for two miles.  But when it was done, Karen admitted a different attitude came about; “Wow, look what we did!” she exclaimed.

What they did was create an exemplary CRP practice, so much so, that the state honored the Ricleys with the Wyoming Game and Fish Department’s Laramie Region Landowners of the Year Award in 2011.

“After Gary and I planted all these acres and all the farm experience, we looked at each other and said God Bless farmers,” Karen expressed sincerely.  She reflected on the generations of ranchers and farmers in Wyoming working the land.  “We have the upmost respect for them.”

On the topic of farming, are they like others and considering converting their CRP acres back into production with wheat prices holding strong?

Gary admits he’s “not going to turn my back on wheat.”  He may in fact convert some of his pastureland and reduce his herd size, but as far as CRP is concerned, “We feel that CRP is very positive.”  His only hope is for greater leniency is using CRP land for haying and grazing when needs arise, such as in recent years with severe drought.

The Ricley CRP acreage is more than a showcase for hunters, although that surely is the case; they also are thrilled to entertain youngsters and their families that come out to hike the area and get acquainted with native wildlife and the beauty of their rolling terrain.  Gary talked about four families that visited the ranch routinely and hiked a special path that is kept in shorter grass so the youngsters can walk it easily.

“Any time we can get city kids out here to see wildlife… was a plus to us; give them a positive spin on rural living and agriculture.”

There are some pheasants on the Flying 7 Ranch, but Gary said he has only hunted about five times since he partnered with the Wyoming Game & Fish Department that releases pheasants weekly during the fall hunting season.  The release turns the Ricley’s land into a pheasant haven.  Gary said the older he gets, “the less interested (he is) in killing something.”  He’d rather just see the pheasants, antelope, deer, the occasional elk and rare birds that share the land with Karen and him.

And what the Ricleys have been blessed with, what they get to live and enjoy, is for them a little slice of “Heaven on Earth.”