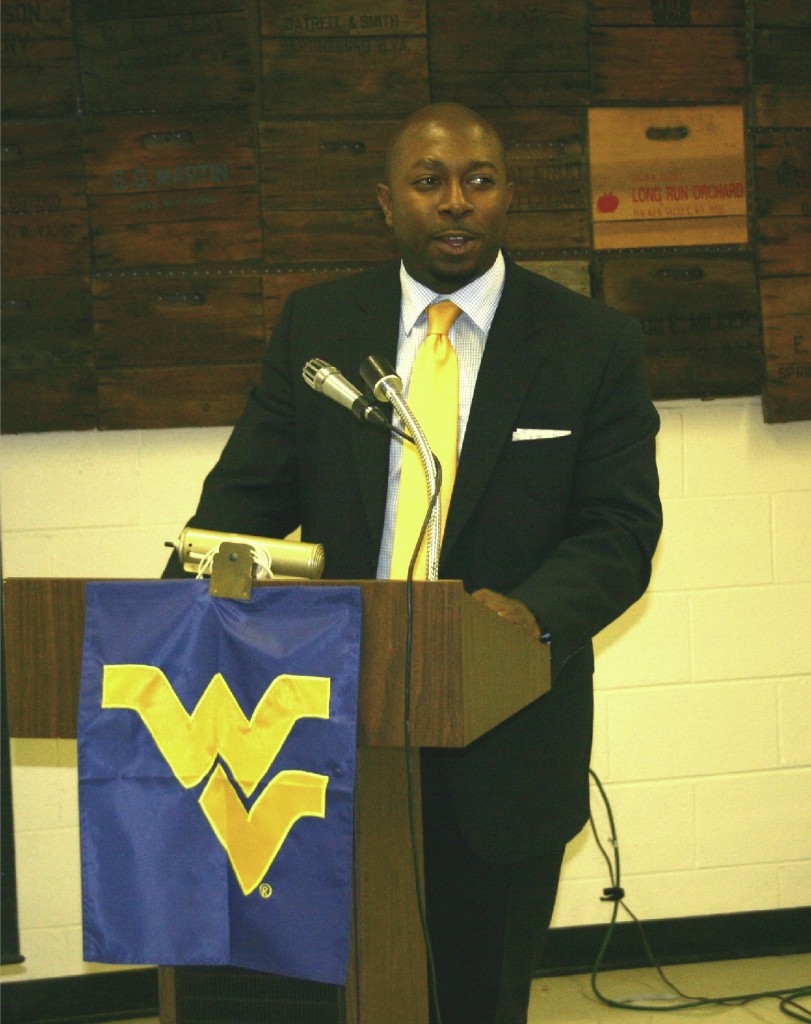 Althea Raiford retired from the Navy in 2010 and works in Maryland as a police officer. But every month she sends money home to Georgia to buy hogs, chickens and feed, some of which have been purchased at a discount through a network of veterans.

“We [veterans] are a family,” said Raiford, who was able to connect with other veteran farmers to receive 20 chickens for free and purchase two hogs for $30 each to jumpstart an operation that she and her brother started in Georgia four years ago. “We take care of our family and we take care of it the best way we know how.”

Raiford was one of nearly 40 veterans who traveled to Kearneysville, W.Va., on Oct. 10 to attend a symposium co-sponsored by the U.S. Department of Agriculture that provides veterans who have an interest in agriculture with financial and business planning information.

“The veteran population has a tremendous opportunity,” said Deputy Undersecretary for Farm and Foreign Agricultural Services Karis Gutter, who gave an overview of USDA agencies and programs. “When you look at the fabric of veterans, especially ones that have served abroad or have been in key leadership positions, they have thequalities and skills needed to successfully manage an agricultural operation.”

Gutter , who is a Marine Corps veteran, added that alongside access to capital and quality land, agriculture faces an aging population and unpredictable weather. “Father Time and Mother Nature are some of the biggest challenges,” he said.

“We have an aging population that is getting older and the younger generation is creeping up too. Then, unpredictable weather has hit the country hard with an unprecedented drought and storms across the country. This is an opportunity to find ways that USDA can get more involved and better serve our veterans and put resources into their hands that they can use.” 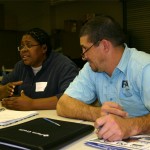 For Raiford and her brother, access to land wasn’t a problem. The two inherited 28 acres of land that is part of a 100-acre plot that has been in their family since 1874. The land was once farmed but has sat dormant for nearly 50 years until Raiford and her brother, a chef in Georgia, decided to make it fruitful again. But throwing a few dollars from a paycheck to get a farming operation off the ground can only go so far.

“We are enthusiastic beginning farmers. The reality is that we can do it but it takes a lot,” said Raiford, who attended the symposium to find ways she and her brother can get money to expand and grow their operation.  “Starting a farm is like picking cotton. When I was younger my great grandmother told me to go out in the field and pick cotton. I instantly got upset because of the negative connotation associated with it, but I learned a lesson. Picking cotton is hard. You have to approach it with caution and knowledge. It’s the same with farming. If you don’t know how hard you have to work to make it happen then you won’t make it.” 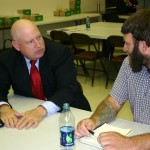 “I always tell people that access to capital isn’t the hardest part,” said Michael O’Gorman of the Farmer Veteran Coalition. “It’s paying it back that’s the hard part,” adding that an operation needs to use the resources and networks available in order to be profitable.

Brett Lawler is having no problems being profitable — growing vegetables for the past three years on his Western Pennsylvania farm. He is now ready to expand into another state but is having problems finding suitable land. He came to the symposium in hopes of finding a straight answer.

“My experience is that a lot of agencies say and do things but when you question or approach them they either clam up or misdirect you,” said Lawler.

After a nine-year stint with the Army, Lawler decided to farm and work for himself. He said he needs help finding someone who can survey the land, take samples and explain to him if the land he located in New York is suitable to farm. So far, most organizations tell him that he must own the land before any testing or help can be given.

“That’s financial suicide,” said Lawler. “I’m hoping to get the title or position of someone out there who can help me.”

Lawler was able to receive assistance from fellow veterans and representatives in attendance. He said after hearing about tainted food, recalls and the increase in food prices, it’s better to grow your own food.

“Cantaloupes can kill,” said Lawler, referring to the listeria cantaloupe outbreak in 2011 that sickened 147 people and killed 33, according to the Centers for Disease Control.  “Looking at the economic infrastructure of the country and the cost of food, it seems like agricultural production is a safe place to be.”

Gutter concurs that agriculture is a great place for veterans to get involved. “Nearly 6 million veterans come from rural American,” he said. “Although the challenges in agriculture may not be as easily paved as the laws make it out to be, if they want to go into the business as a private citizen, then we will help provide the opportunity for them to do so.”

This entry was posted in Features and tagged FSA, loans, USDA, veterans. Bookmark the permalink.