Age is Just a Number for 100-Year-Old Farmer 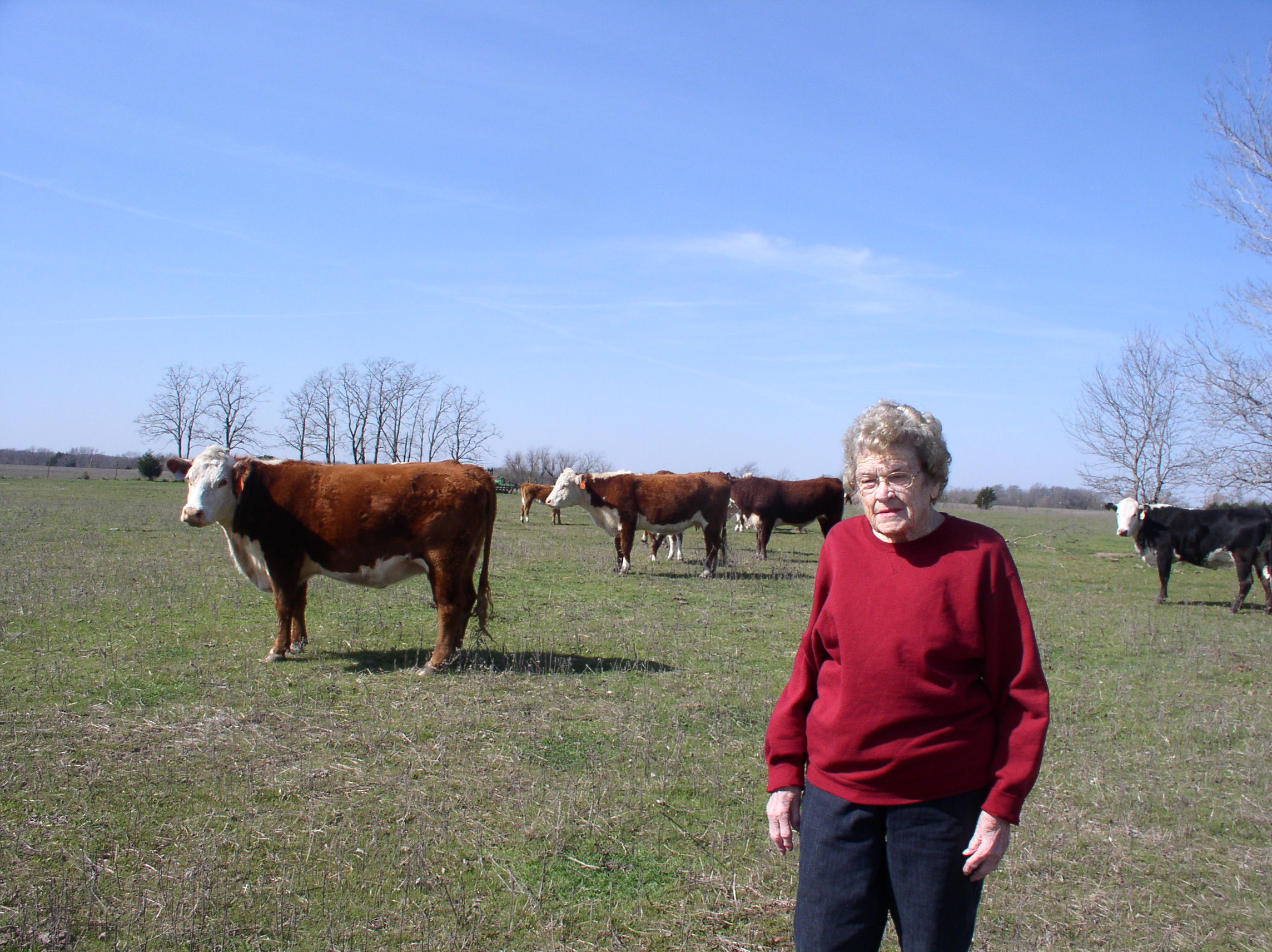 Annie Faye Woodson has been directly involved in farming and ranching in Texas for the last 76 years. At 100-years-old she stays up-to-date on Farm Service Agency (FSA) program news and still makes trips to the Fannin County FSA office to sign up for farm programs and certify acres.  It is no surprise that Woodson has seen many changes throughout her life on the farm.

“I rode in a wagon, buggy and tractor,” said Woodson. “Technology is the biggest change I’ve seen in my lifetime.”

Woodson grew up in a small community in Gober, Texas, where her parents farmed 40 acres of land. Woodson remembers long hours of picking and hoeing cotton when she was growing up so naturally the greatest invention for her was the cotton stripper.

Woodson taught school for six years before marrying her now deceased husband, J.T. “Red” Woodson in 1937. After marrying, Woodson gave up teaching and joined her husband on the farm he took over for his mother because the school district prohibited married women from teaching. At that time, Woodson and her husband farmed with a team of mules they received as a wedding gift from his mother. Even after Woodson’s husband was offered an off-farm job during the Great Depression, they chose to continue making a living on the farm.

After Woodson’s husband passed away, their grandson Tommy took over as farm manager. The farm is now co-owned by Woodson and her two children. The family raises wheat, oats, hay and cattle on 1,000 acres. They participate in the Direct and Counter-cyclical program (DCP), the Noninsured Crop Disaster Assistance Program (NAP) and the Supplemental Revenue Assistance Payments (SURE) program.

While Tommy is responsible for most of the day-to-day operations, Woodson is quick to point out that she is still “the boss.”  Woodson worked cattle and plowed and planted the fields up into her 90s, but now she relies on Tommy.

“I’m her right-hand man,” said Tommy. “There is no other woman like her that I know of who does what she does.”

Not many ranchers made it unscathed by the severe drought in 2011, but Woodson got by without selling any of their 80 head of cattle. They planted all of their acres to wheat and oats in order to graze their cattle through the drought. They also received a disaster payment through the SURE program. Woodson saw improvements in this year’s calf crop because they brought in new bloodlines through the implementation of artificial insemination and embryo transfer.

“We have received Farm Service Agency subsidies for eight years and that helps,” said Woodson. “The farm life has been a good thing for my family.”

The farm has been in the Woodson family for approximately 60 years. It is farm families like the Woodsons that keep the tradition of farming alive in rural America. Woodson is living proof that production agriculture is a not just a livelihood, but a way of life… in her case, a way of life that has spanned en entire century and she shows no signs of stopping anytime soon.