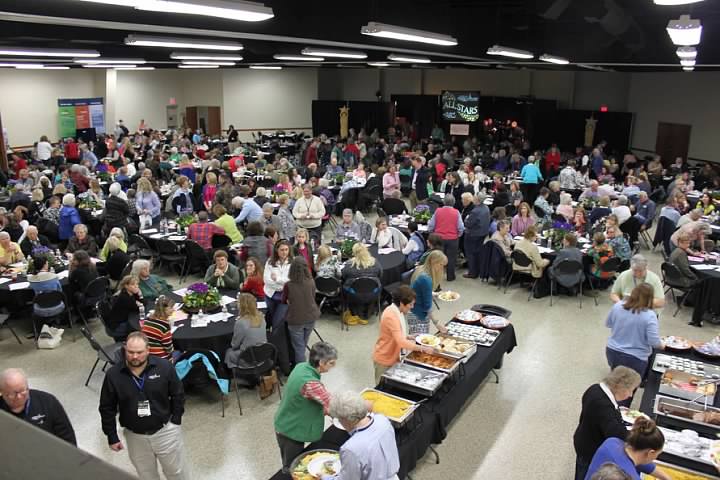 Marshall, Mo., became a little like Hollywood this month during the 10th anniversary of the Women in Agriculture Regional Conference. The star-studded event featured famous speakers and followed an “All Stars” theme that provided a VIP experience for more than 530 attendees—the largest attendance in conference history.

“This event provides a forum each year for women agriculturalists to network, access information valuable to their farming operation and have fun,” said Jared Singer, Saline County, Mo., county executive director and chair of the conference planning committee. “The committee decided to shoot for the stars for our tenth year and provide participants with a topnotch experience.”

Attendees walked the red carpet and were photographed in true celebrity fashion before listening to an infamous line-up of speakers. Motivational speaker and humorist Susie Oberdahlhoff engaged the crowd with laughter with her farm wife tales and ended her message with overcoming adversity and learning to bounce back when life throws obstacles.

Judge Hugh Harvey, probate judge for Saline County, Mo., followed by providing useful information on estate issues and business succession.  A regular presenter at this event, Harvey draws upon his experiences in probate court and advises others how to avoid potential problems.

Trent Loos, the voice behind Loos Tales, a nationally syndicated radio talk show, shared his passion for advocating for agriculture. Loos encouraged attendees to tell the story of agriculture and praised the conference for being the best Women in Agriculture conference that he’s attended.

The keynote address was given by Temple Grandin, Ph.D. Grandin currently serves as a professor of Animal Science at Colorado State University.  As a child, Grandin didn’t talk until she was three and a half years old and was diagnosed with autism after her parents were told she should be institutionalized. With the guidance and support of a mentor, Grandin went on to become an expert in developing livestock-handling facilities and designing equipment. Her life’s story was the inspiration for the 2010 HBO biopic bearing her name and starring actress Claire Danes. Danes went on to win an Emmy and Golden Globe for her portrayal.

Grandin, who spent most of her morning signing books and taking photos with attendees, taught the audience to embrace all types of thinkers and to tell agriculture’s story, stating that many in the public simply want to know more about where their food comes from.

“The success of the conference is a testament to the Saline County ag community and an example of partners working together to produce a first-rate event, “said Singer.

This entry was posted in Features and tagged Agriculture, FSA, USDA, women. Bookmark the permalink.