Judy Olson: The Future of Women in Agriculture is Bright 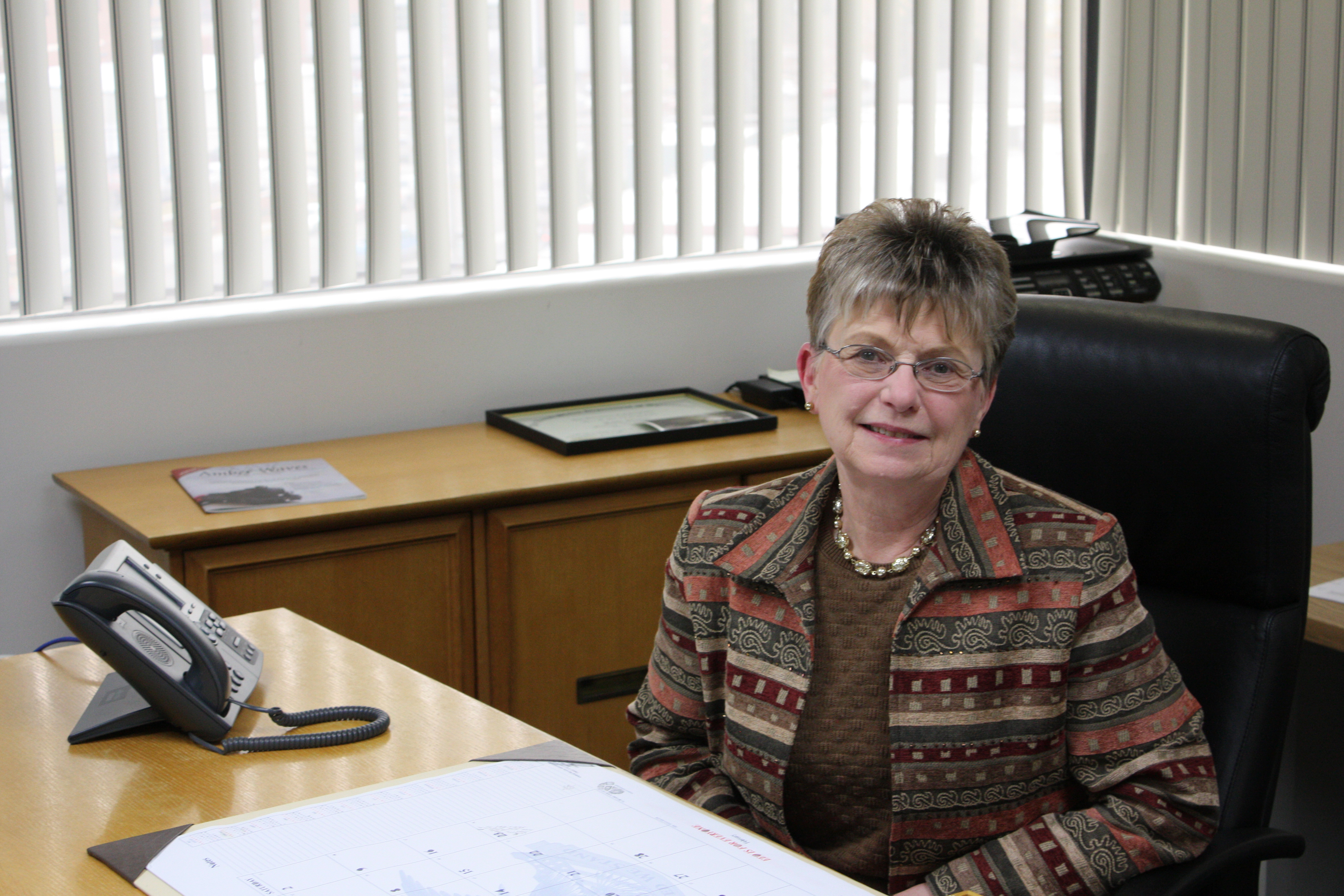 Judy Olson has a point to make: women have a really bright future in agriculture.

“There are lots of opportunities (in agriculture), and it’s a great place to follow your dream,” she said. “It’s hard work, and you shouldn’t expect it to happen all at once, but there are abundant opportunities.”

And Olson should know. She was the first (and to date the only) female president of the Washington Association of Wheat Growers (WAWG). She was also one of the only female presidents of the National Association of Wheat Growers (NAWG). For 12 years, she was the Eastern Washington director for Sen. Patty Murray (D-Wash.), and since 2009, she’s been the Washington state executive director for USDA’s Farm Service Agency (FSA).

Olson recalled a moment last spring when she answered a question at an FFA convention in Pullman about female careers in agriculture.

Olson grew up on a farm near Garfield in Whitman County. She was, she recalled laughing, very much a tomboy and her father’s shadow. When Olson was 11 or 12, she said her mother told her that she needed to give up her tomboyish ways and start helping in the house.

“That was a rude awakening,” she explained.

After high school, Olson attended Washington State University where she met and married her husband, Rich. They spent the next few years moving around the country while Rich worked as an electrical engineer.

“We were very fortunate in that we were able to see a lot of the U.S. and actually live in different parts of the U.S. for two to four months at a time. About the time our first child was born, we had already determined that we were really rural country people at heart.” Olson said her father had begun talking about retiring from the family farm, and her younger brother wasn’t planning on coming back to the farm, so they decided to jump in. “We did come back and farm with my dad, and of course the first few years, it was just as hired help. We loved the lifestyle so much, and we must have been really good salesmen, because my brother came back and brought a new wife. Then my dad decided that he loved it too, and he didn’t retire.”

Eventually, Olson and her husband acquired leases and began farming on their own. She described their operation as “probably the smallest full-time wheat farm that didn’t own any land and didn’t have any off-farm income.” She said they had a few good years before the 1980s hit and prices went downhill. They struggled a bit, but were fairly self-sufficient.

“We were full partners,” she said. “I can say that I drove everything but combine, and my husband has done everything but cook. That’s kind of where we drew the line. I said I didn’t weld or do grease very well, and he didn’t cook. It took us almost 20 years to grow our farming operation. We felt we had to pay our dues.”

Olson got involved in WAWG when her husband took her to a wheat growers’ meeting. After a number of years of serving in various capacities, from county secretary/treasurer to committee chair and county president, Olson got the call to go through the leadership chairs in 1990. She said she wasn’t sure that the organization was ready for a female president, and she didn’t really think it was going to happen. To her surprise, her nomination was accepted at the next convention. She said she received nothing but support from the growers.

“They were wonderful,” she said. “They were the most supportive group of people I could have ever hoped to have met. We did have some tough times during the period that I was going through the chairs; we had some really tough budget years. As an association, we had some changes of staff, and that was a tough time. But as far as the support of the membership, the support of the officers and the board members, they were extremely supportive and extremely helpful.”

From WAWG, Olson went on to go through the NAWG chairs. She recalls being worried about how the conservative southwest states would react to her nomination. “I was very, very nervous about how I was going to convince Kansans and Texans in particular that a female NAWG officer might be acceptable. They were the hardest sell.”

In her current FSA position, Olson says she occasionally runs across men who think women should not be working, but she said that it is mostly habit more than a firm belief. In the FSA county offices, Olson pointed out that most of their program technicians are women, and they are equally well thought of as the men there.

“The men that come into the offices, what they really want is somebody that can talk to them and understand their questions and can explain things to them,” she said. “As soon as you demonstrate that you are interested and you understand their question and you either can provide an answer or can get back to them with the answer, that’s all that matters. Oh, and as long as you don’t say something dumb, like how many gallons of wheat do you produce per acre or something like that.”

Agreeing with the other women interviewed for this issue, Olson said that women do business a little differently then men. She said she learned early on, when in a group that was mostly male, to not compete with them. That didn’t necessarily mean you had to agree or be run over, she said, but you just had to use different techniques of making your point.

“Women tend to be able to listen and hear more sides of the story,” she said. “I think they are better listeners because they are used to listening to several children at one time and still getting something done. So they can be attentive and yet kind of filter to get to the root of what the discussion is rather then getting hooked on a hot topic.”

Another point that Olson agreed on was that women are often less emotional when it comes to selling their wheat.

“I think men look at their crops and their livestock like women look at their kids. They know how much hard work and effort that they’ve put into it for nine months or a year, and they just can’t bear it when the price doesn’t seem to reflect that.”

One of the growing demographics in agriculture that Olson has seen recently, especially in western Washington, is the rise of non-native English speakers, mostly women, who are intensely farming half an acre or so. They then sell products directly to the public, either through roadside stands or at farmer’s markets.

Looking back over her career, Olson said that getting involved in WAWG was one of the best things that ever happened to her because of the skills that she had to learn, such as public speaking, listening to others and how to compromise.

“We had policies and we had positions (in WAWG), but in order to be effective, you had to understand the positions and policies of others. You can’t always have your own way all the time. Learning that, and learning to not beat somebody down before you’ve listened to them was a real learning experience for me. It was not something I came to naturally.

“The day that I was appointed to this job (state executive director of the FSA) and every day since, I’ve told people that this is the best job I’ve ever had in my whole life. It’s kind of the frosting on the cake, like everything I have done has prepared me for this job. But had I started out, I would have never known which path to take to have gotten here.”

This entry was posted in Features and tagged Agriculture, FSA, women. Bookmark the permalink.

4 Responses to Judy Olson: The Future of Women in Agriculture is Bright