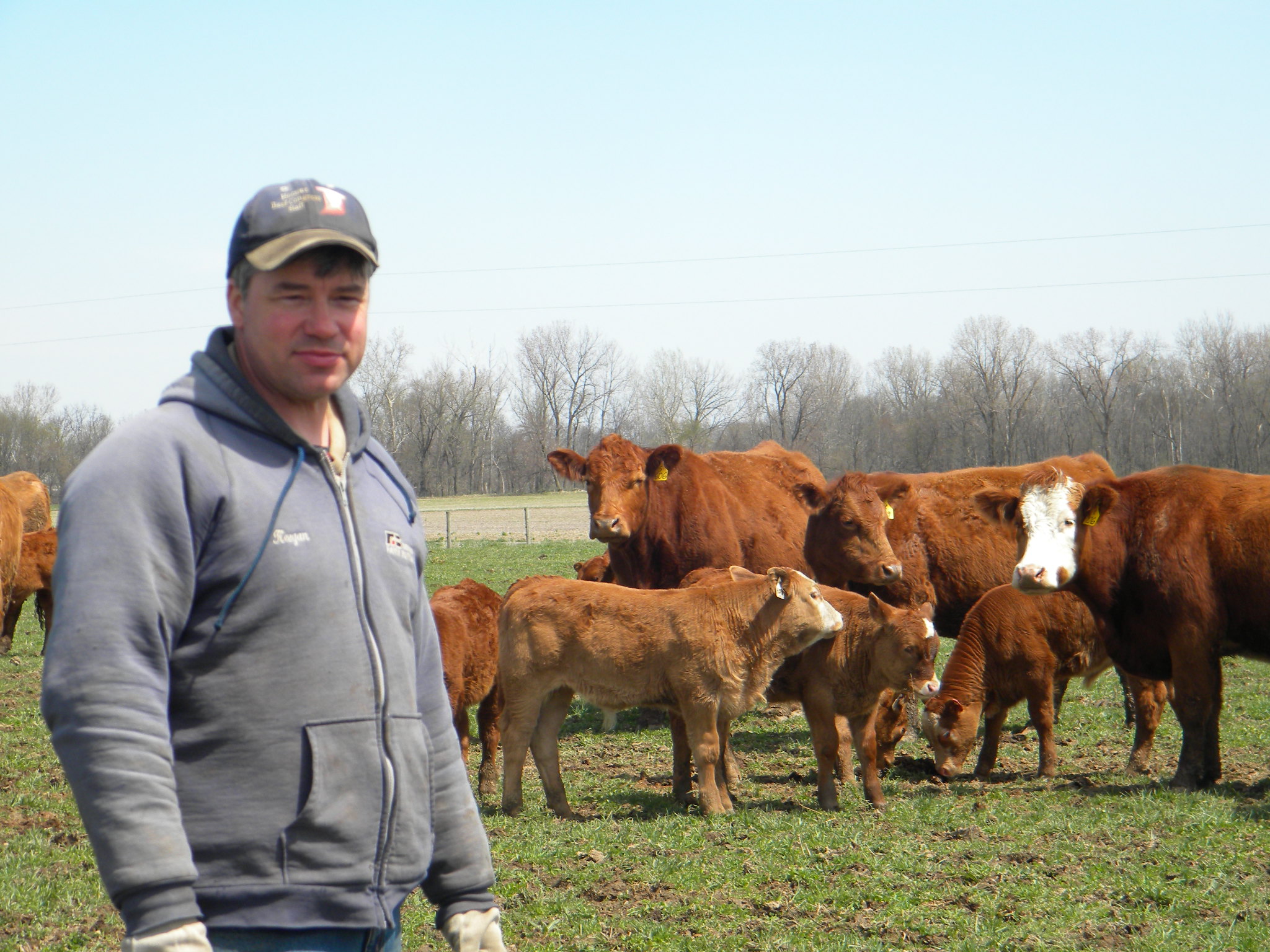 Keegan Poe received disaster funding for grazing losses he suffered during the drought in 2012.

Keegan Poe of Johnson County, Indiana is a busy man. Not only is Poe a regional manager for Indiana Farm Bureau, but in his “spare time,” he holds down a second full-time job raising beef cattle and running Poe’s Quality Meats where he sells family raised beef and lamb direct from farm to consumer.

“My family has raised sheep for 70 years here in Indiana, but my passion for raising cattle started with one dairy steer when I was involved with 4-H as a youth,” said Poe. “I asked my dad if I could show cattle and he said, ‘sure’ and the rest is history.”

Today, Poe’s herd consists of approximately 25 head of cattle that he raises for beef and sells to his customers. Although a small operation by traditional ranching standards, Poe’s herd is no less important to him as a producer or to his loyal customers who rely on him for quality products to bring home to their families.

So when the severe drought hit Indiana in 2012 with record high temperatures and absolutely no rain, Poe found himself without grazing acres and having to supplement feed for his cattle by purchasing and hauling hay.

“My operation is small, which in this case was a blessing because I didn’t have to liquidate my herd,” said Poe. “Unlike many cattle raisers, this is not my primary source of income.  But as with all livestock producers, I care very much about the well-being and overall health of my herd and to find myself wondering how I was going to feed them, where the feed would come from and how much it was going to cost, was a terrible feeling.”

Poe, who typically does not have to begin supplementing feed for his cattle until December, had to begin feeding hay to the cattle in June.  Although he had some hay stored, that supply was quickly depleted.  That forced him to purchase hay, which was in short supply and costly.

“Like most livestock producers, I like to stand on my own two feet,” said Poe.  “And while I made it through the rough times like the drought, I know that I will be able to care for my cattle properly and maintain the quality of product that to my customers are used to,” said Poe.

This entry was posted in Features and tagged disaster, drought. Bookmark the permalink.