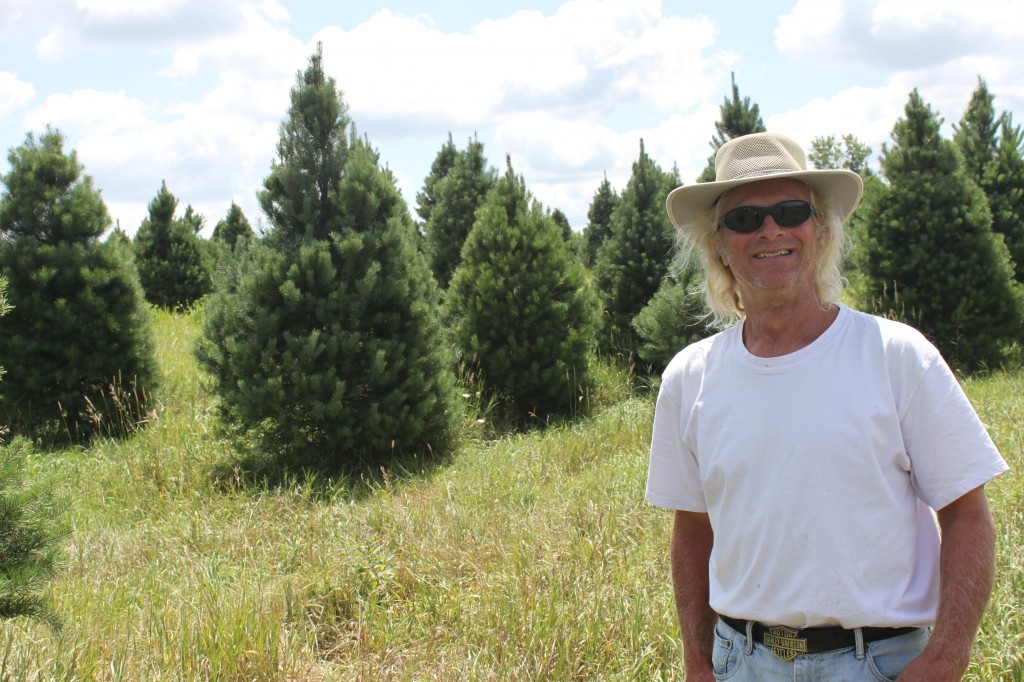 For many families, the holiday season kicks off with picking out the perfect tree.  Everyone bundles up in their winter coats, hats and gloves and takes a hay ride through rows of green beauties in search of the perfect evergreen that will serve as the centerpiece of all family holiday festivities. For many mid-Missouri families, that masterful search happens just outside of Boonville, Mo., at Starr Pines Farm.

Owners Wayne and Ann Harmon have been raising Christmas trees since 1986 and in 1990, they began selling trees to the public, between Thanksgiving and Christmas, on their 200-acre farm.

Most of the trees grown at Starr Pines farm are Scotch Pines, their biggest seller, and Norway Spruce. Wayne estimates he has between 32,000-35,000 trees on the farm currently, but has had as many as 65,000. Their crop is half of what it used to be because of a major hail storm in the early 2000s that destroyed nearly 50,000 trees.

“We essentially had to start over from scratch,” said Wayne. “The NAP program made a big difference. Without that, we were pretty devastated.”

The Farm Service Agency’s Non Noninsured Crop Disaster Assistance Program, or NAP, provides risk protection on non-insurable crops, such as Christmas trees. The 2014 Farm Bill expanded NAP to include buy-up protection where producers may purchase additional coverage options, something Harmon is excited about.

In addition to NAP, Harmon was able to utilize FSA’s Tree Assistance Program (TAP) to help with losses not covered by NAP. “I can say that if the program hadn’t of been there I couldn’t have continued farming,” said Wayne.

The couple got wind of TAP back in 2012 when drought consumed much of Missouri. Wayne and Ann were not spared, suffering tree losses due to the drought. He and Randon Leathers, county executive director of Cooper County, surveyed the farm for losses on the chance that the program would be reauthorized. As chance would have it, TAP was reauthorized in the 2014 Farm Bill and covered losses back to Oct. 1, 2011.

It takes seven to eight years for a tree to grow to the point it is ready to be harvested. Wayne said even though he lost what was planted, the biggest loss was the time set back. But the assistance received through TAP allowed him to buy larger plant stock.

“You can literally try to gain back the time you lost by getting that tree to market at the same time it would’ve been, by planting a tree that is twice as big-but they cost twice as much,” he said.  “But you do what you have to do because when they come knocking on your door for Christmas trees, you better have them. You can’t lose your customers.”