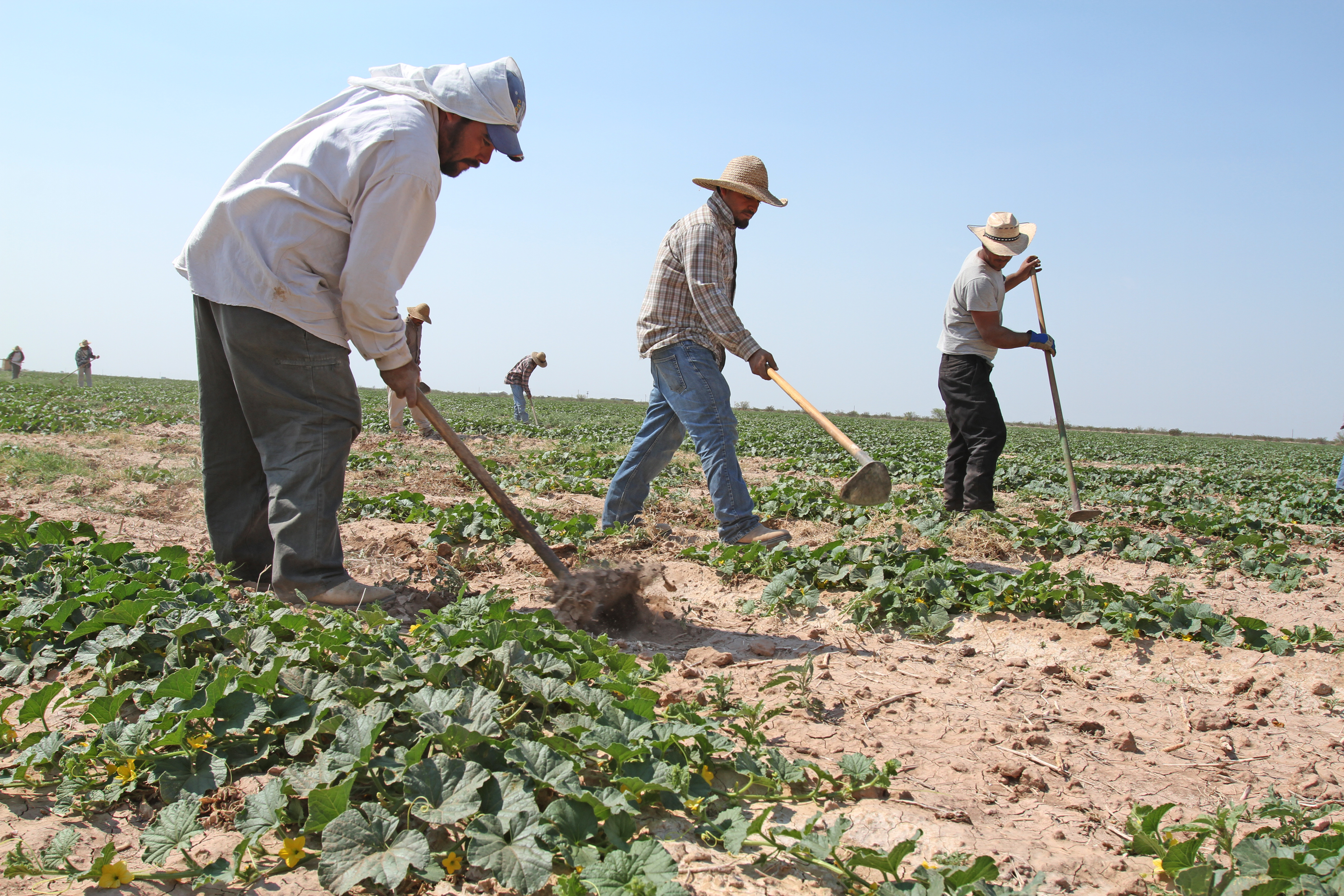 The Mandujano brothers farm has 6,000 acres of cropland, but the most popular is the Pecos cantaloupe.

Texas FSA State Committee member Armando Mandujano and his brothers are one of a handful of farmers continuing the sweet tradition of the famous Pecos cantaloupes. Just one thing — they aren’t in Pecos, Texas, anymore. The majority of the orange-fleshed crop is now grown in Coyanosa, Texas, where the Mandujano brothers began planting them after natural gas was piped into Pecos and the cost of seed increased enough to put most cantaloupe farmers out of business. Incorporated now as the Mandujano Brothers Produce, the company has 6,000 acres of watermelons, onions, cotton, hay, peppers, pumpkins and cantaloupes. Read more (Texas Co-op Power).

This entry was posted in Features and tagged county committee, FSA, Texas. Bookmark the permalink.