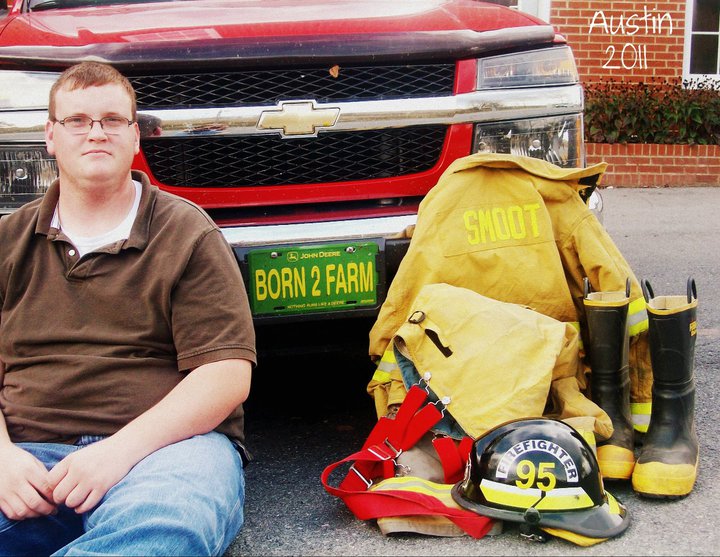 At age 19, Austin Midkiff has already made plans to retire at a young age and farm the rest of his life.

Austin Midkiff thinks, breathes and lives farming. It’s all he has done since he was six years old.

By the time he was 14, he took over his grandparent’s 10-acre farm in Springdale, W.Va.

“When I turned 16 my grandparents sold everything to me in order to teach me how to get things on my own and start from scratch,” said Midkiff. “It’s hard starting off.”

Now, at age 19, he understands the difficulty of being a beginning farmer. For the past three years, he was able to build his cow/calf herd with a small loan from the Farm Credit Bureau, using his grandfather as a cosigner. But this year was different. His grandfather’s failing health prohibited him from cosigning on another loan and Midkiff’s young age didn’t make him the likely candidate to be approved.

“For three years I was able to get a loan with a cosigner and I paid the loan back six or seven months early,” said Midkiff. “Now, nobody would give me a shot. I was rejected everywhere because of my age and most places treated me like I was nothing unless I was looking to take out a $200,000 loan.”

With the Farm Credit loans, Midkiff expanded his farm from 10-acres to almost 400 acres. He missed 45 days of his high school senior year to run livestock and put up hay. “I still graduated, but farming was a priority and my passion,” he said.

He had the skills, he just needed a way to continue funding his passion. Some advice from a friend led him to the Farm Service Agency office. Midkiff completed a microloan application and by simple coincidence became the first person in the nation approved for the newly created loan.

“I didn’t know about the microloan. I went in looking to get a small loan, about $20,000,” said Midkiff. “I liked their personalities and they treated me well.”

With the FSA loan, Midkiff plans to build up his herd by purchasing 10 cows, a bush hog and fertilizer.

“He flat-out loves farming,” said FSA Farm Loan Officer Daniel Yokum, who worked with Midkiff and advised him to apply for the microloan. “He has a very up-beat personality and seems like a real go-getter.”

Midkiff currently works a full-time job in the emergency room of the Greenbrier Valley Medical Center and two part-time jobs while still putting in a full day’s work on the farm.  He is also studying to be an Emergency Medical Service technician. His ultimate goal is to retire from working multiple jobs by the age of 35 or 40 and farm the rest of his life.

“I work night shifts, sleep six hours and then push myself hard all day,” said Midkiff. “One day, if I play my cards right, I’ll have everything paid off and I can retire and just farm.”

This entry was posted in Features and tagged beginning farmers, FSA, microloans. Bookmark the permalink.