Proud to be an American… 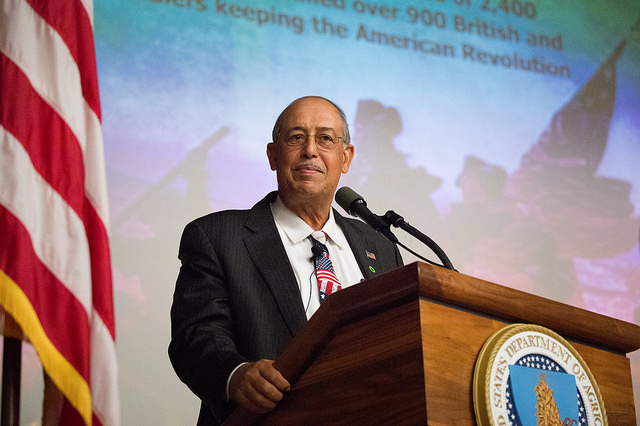 This week, USDA honored its military veterans who have served and are serving in the Armed Forces during a program at the national headquarters in Washington, D.C.

Before I entered the auditorium, I took a minute to speak to the Color Guards — each one looking so proud to serve in the military. Looking at their faces and stature, I had a quick flashback of a United Service Organizations (USO) show I saw while serving in the Army in Ft. Leonard Wood, MO.

In 1986, I saw my one and only USO show, and I will never forget it. At the end of the show, the cast sang Lee Greenwood’s, “God Bless the USA.”  While the cast sang the song, every soldier joined hands. As I listened to the words, I found myself crying with pride. I looked around and noticed that I wasn’t the only one crying. I don’t think there was a dry face in the room and there had to be at least 1,000 or more soldiers at the show. I stood there holding hands with the soldiers to my left and right and I continued to listen to the words…

“Cause the flag still stands for freedom, and they can’t take that away…Well there’s pride in every American heart, and it’s time we stand and say…  [CHORUS]  I’m proud to be an American where at least I know I’m free.  And I won’t forget the men who died, who gave that right to me.  And I’d gladly stand up next to you and defend her still today.  ‘Cause there ain’t no doubt I love this land God bless the USA.”

At the beginning of the program, Master of Ceremonies Karis Gutter, who was a corporal in the U.S. Marine Corps and is Deputy Under Secretary of the Farm and Foreign Agricultural Services asked the veterans to stand up as the name of their armed forces was called. Each group of veterans stood up and responded in their battle cry — well, the ones that actually have a battle cry like the Army and Marines.  But whether they had a battle cry or not, each group stood up proud. When Amy Keesun Kwon sang each Armed Forces’ hymn, I had the same feeling of pride that I had more than 25 years ago, but I fought back my tears. 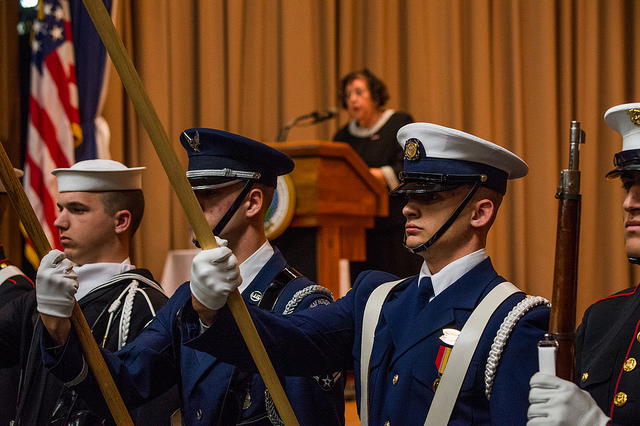 During today’s program, I was quickly reminded of all the men and women who have served and are still serving to make sure that we keep our freedom.

Keynote speaker Lt. Gen. Russel L. Honoré, reminded us that freedom is a privilege that has been paid for by veterans who either volunteered or were drafted. I’m proud to be counted among the millions who have served and are still serving — for those who have sacrificed their life for our freedom.

Honoré said it best, “We’re a nation in progress, but a great work in progress.”  I’m still proud to be an American and I thank God for the freedoms I have in this country and for the many who have sacrificed their lives so that I can enjoy those freedoms.

One Response to Proud to be an American…