Posted on December 3, 2015 by cassiebable 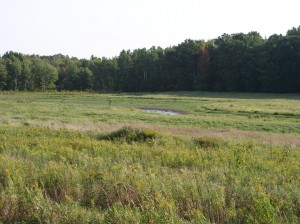 The Jacob Leinenkugel Brewing Company has depended on the Big Eddy Spring in Chippewa County, Wisconsin, since the brewery was founded in 1867. The Big Eddy has been dubbed the purest water in the world, which gives the Leinenkugel family every right to treasure the water they’ve used for brewing for more than 145 years.

Dick Leinenkugel, a sixth generation brewer, says his family has a long-standing commitment to excellence in the way it serves its customers, treats its employees and cares for the environment.  Especially the water that serves their business and their community.

“Our connection to the great outdoors is at the heart of everything we do,” said Leinenkugel. “We value our lakes, rivers, streams, ponds and channels because the same resources that help us brew great beer also give us a place to swim, jump, canoe, fish and enjoy.”

The Jacob Leinenkugel Brewing Company plays a significant role in providing funding to the Chippewa County Land Conservation and Forest Management (LCFM). The funding is done through a multi-year cooperative agreement with Chippewa County. Their involvement has evolved into a much larger public/private partnership called the Little Lake Wissota Stewardship Project.

A key role of LCFM is to work with local landowners in the Little Lake Wissota watershed to discuss conservation improvement programs that might work on their land. This includes the USDA Farm Service Agency (FSA) Conservation Reserve Enhancement Program (CREP).

CREP is a part of the Conservation Reserve Program (CRP), which is celebrating its 30th anniversary in 2015 and is among the largest private lands program for conservation used extensively throughout the United States to reduce soil erosion, improve water and air quality and provide wildlife habitat.

CREP establishes partnerships with government and non-government organizations and targets high-priority conservation issues identified at the local, state or regional level. As of October 2015, there were 1.15 million acres on 45,161 farms under CREP contracts across the country. In Chippewa County, there are 346 CREP contracts on approximately 2,700 acres.

Local observers say the Leinenkugels and Little Lake Wissota Stewardship Project go above and beyond when it comes to helping landowners implement conservation practices. They say the family and stewardship effort even assist landowners who want to implement projects outside of the CREP project area.

“We really appreciate all that the Leinenkugels are doing to help educate landowners about our conservation programs,” said Jeffrey Myers, Chippewa County FSA Executive Director.  “The conservation-minded company is being proactive in protecting the land, water and air in this very beautiful part of our country.”

Since being established on December 23, 1985, CRP has helped prevent more than 9 billion tons of soil from eroding and protected more than 170,000 stream miles with riparian and grass buffers, more than 100,000 acres of bottomland hardwood trees, nearly 300,000 acres of flood-plain wetlands, and 250,000 acres each for duck nesting habitat and upland bird habitat.

For an interactive tour of CRP success stories from across the U.S., please visit the FSA CRP 30th Anniversary website at http://www.fsa.usda.gov/CRPis30.