As ranchers across the state planned to graze their livestock through the spring and summer, they found their pastures scorched by the hot sun. And their ponds were dry.

To help Colorado ranchers cope with the epic drought, ranchers were allowed to hay or graze certain contract acres enrolled in USDA’s Conservation Reserve Program (CRP). The emergency haying and grazing provisions under the CRP program provided relief to livestock producers in areas affected by the severe drought.

One Colorado cattle rancher who took advantage of the emergency grazing provisions was Jeremiah Liebl of JLD General Partnership. 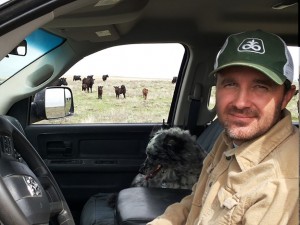 The JLD operation typically grazes an average of 160 mother cows on approximately 4,000 acres of grass while supplementing with feed through the winter as needed.  2011 was a dry year, causing below normal, fragile pasture regrowth in 2012. That next year was exceptionally dry as well. By June 2012, the ranchers had utilized most of their pasture stocks, which in a typical year would last until December.

“When the emergency grazing program was announced, we were ready to take advantage of the opportunity to give our pastures a much needed rest,” Liebl said.

Liebl moved his entire herd onto 868 acres of CRP land that adjoined some of their grazing pasture. The use of the CRP emergency grazing, along with supplementation of alfalfa and protein, allowed JLD to keep its herd on grass until mid-October 2012. This saved the operation from taking more drastic measures that could affect the ranchers’ bottom line.

“The emergency grazing program has helped us maintain the majority of our herd through severely dry conditions,” Liebl said. “Grazing the CRP land in 2012 allowed us to maintain our herd in good condition and let our pastures regrow.” 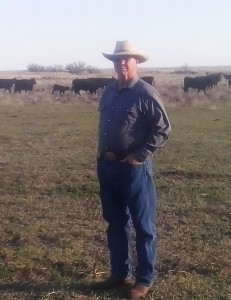 Like Liebl, Colorado rancher Rex Barlow’s native grass pastures became stressed after the dry conditions of 2011. He had reduced the number of cattle grazing, but his pastures needed time to recover. Barlow also took advantage of the emergency grazing provisions in 2012 and moved part of his herd to CRP acreage for 30 days to minimize the overall impact on his pastures for the remainder of the year.

“The benefit to us was that we were able to hold on to our base cow herd and have more grass going into the growing season, and hopefully, stronger native grasses this season,” Barlow said.

CRP, which is celebrating its 30th anniversary in 2015, is among the largest private lands programs for conservation used extensively throughout the United States to reduce soil erosion, improve water and air quality and provide wildlife habitat.

It is a voluntary program that allows eligible landowners to receive annual rental payments and cost-share assistance to establish long-term, resource-conserving covers on eligible farmland throughout the duration of their 10-to-15-year contracts.

This entry was posted in Atop the Fence Post, Colorado, CRP is 30 and tagged Agriculture, Conservation Reserve Program, CRP, haying and grazing, ranchers. Bookmark the permalink.